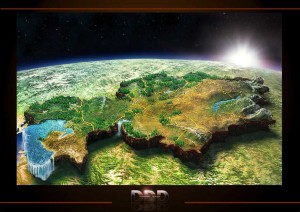 1
1 https://freelance.ru/DDDinterior/?work=666264
The Emerging of Kazakhstan inside the Soviet State
The first time in contemporary history, that the “Kazakh state” appeared on the geographical maps was in 1920 and it was called “Kyrgyz Autonomous Socialist Soviet Republic” inside the RSFSR “Russian Socialist Federative Soviet Republic” the capital was the Russian city of Orenburg that until 1925 was part of the Kazakh state. In 1925, we have the first change, the city of Orenburg and its oblast shifted administration under the RSFSR, and so the capital for the next two year became Kzyl-Orda (actually Kyzylorda). In the same year, the Kazakh state received the “Karakalpak Autonomous Oblast” or simply “Karakalpakstan”, this territory was formed from the dismantling of Bukhara and Khiva Khanates that survived the fall of the Russian Empire and Bolsheviks allowed them initially to exist with the same autonomy they had under the tsar. But after the dismantling of the two Khanates, the territory was divided between the neo-formed Uzbekistan and the Karakalpak territory.
In 1925, the Kazakh state is renamed “Kazakh Autonomous Socialist Soviet Republic”, while the near Kara-Kyrgyz Republic became “Kyrgyz Autonomous Socialist Soviet Republic”, known also today as Kyrgyzstan or Kyrgyz Republic. From this moment we can freely use the word “Kazakhstan”. In 1927 the capital was again moved to Alma-Ata (or Almaty), and has been the capital for the next 70 years until 1997 when it was moved to Astana. In 1934, some territories in north-west Kazakhstan were given to Orenburg oblast, but the most important change is related to Karakalpakstan. The Autonomous oblast was part of the Kazakh Autonomous Republic from 1925 (as I described earlier) until 1930 when it was moved under the administration of the RSFSR. In 1932 was upgraded with the status of Autonomous Republic, at the same level of Kazakhstan and Kyrgyzstan and finally in 1936 since both Kazakhstan and Kyrgyzstan became “union” republics and Karakalpakstan didn’t satisfy the geographical requirements (more than 1 million population and a border with a foreign country), the autonomous republic merged within Uzbekistan.
I strongly asked myself how that happened and why detach it from Kazakhstan. The first reason I thought, was to not make Kazakhstan much stronger in order to control it better from Moscow, another reason that could fit was, for balancing the “territorial loss” of Tadzhikistan that in 1929 became an union republic, leaving the Uzbeks (the biggest population of Central Asia) with a small republic compared to the population, but then I finally have found what I think to be the answer, looking one day to a map of the Persian Empire (the Achemenids’ one). The Southern side of the Aral Lake and the Amu Darya river was part of Persian civilization in Central Asia and Nukus (the capital of Karakalpakstan) was one of the centers of Zoroastrianism. The reason why, Karakalpakstan was firstly assigned to Kazakhstan was for the common Turkic “Kipchak” origin (like Turkish population in Northern Caucasus, in the Volga religion, in Kazakhstan and Kyrgyzstan), but being for centuries under Persian influence made it change and so was more natural for the Karakalpaks to be together with Uzbeks that with Kazakhs.
Never less, Kazakhstan borders achieved in 1934 remained unchanged until today. There was the fear of a possible annexation of Northern Kazakhstan to the Russian Federation, since the northern regions are inhabited by Russians. This was one of the reason that made Nazarbaev move the capital from Alma-Ata to Astana in 1997, Russian is the official language of the country (like in Kyrgyzstan, last two countries that have Russian as official language outside Russia
2 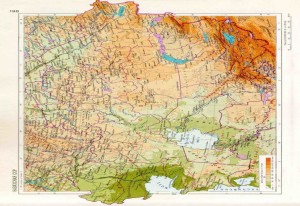 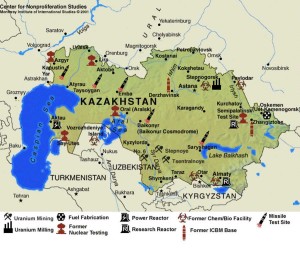 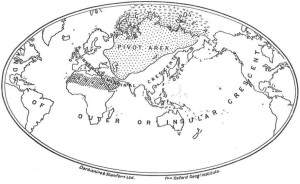 4
Conclusions.
Kazakhstan in the future could be a regional power in the Heartland, like Turkey and Iran. Why still so much is tied Russia? Why cannot cut the cordon with “Mother Russia”?
For the same reason that made Turkish, Neo-Ottoman Pan-Turkism fail. Kazakhs speak a Turkish language but they are not Turks as the Republic of Turkey, they are Kipchak, Turks of the Steppe coming from Siberia, with a nomadic origin that used to live in Clans. Kazakhs and Kyrgyzs are Kipchak like Tatars of Tatarstan, Bashkortostan, Chuvashia, Kumuks, Karakays, Balkars, Nogais. In the Russian Federation many Kipchak Turks and even the most nationalist Russians consider them part of Russia, like these populations consider themselves part of the Russia nation even if they’re not Slavic. Kazakhstan and Kyrgyzstan still maintain as I earlier said Russian as official language and Cyrillic alphabet.
Kazakhstan could become a regional power, in the future, for osmosis from Russia and China, actually there is no space for plans or actions, that go in a totally opposite from Russia and China, and the Kazakh strategy will be in find some power between the two bigger brothers.
4 http://www.anselm.edu/academic/history/hdubrulle/WWII/WWII2012/text/grading/food/fdwk05b.htm 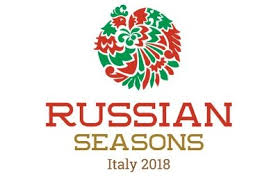